Dozens of gourds were gathered, cleaned and altered into light boxes.

These sculptural elements were scattered across a raised mound of soil and featured images culled from family, governmental and historical archives.

Four lighting tracks were placed on asymmetrical timers so that the images glowed and disappeared in syncopated rhythms.

The installation alluded to pre-Columbian practices of breaking ceramic vessels upon interment of the dead, as well as the clandestine mass graves of the bombing victims that were discovered in the aftermath of the United States’ 1989 invasion of Panamá.

The flickering lights and organic forms evoked exploding bombs as seen from the air. 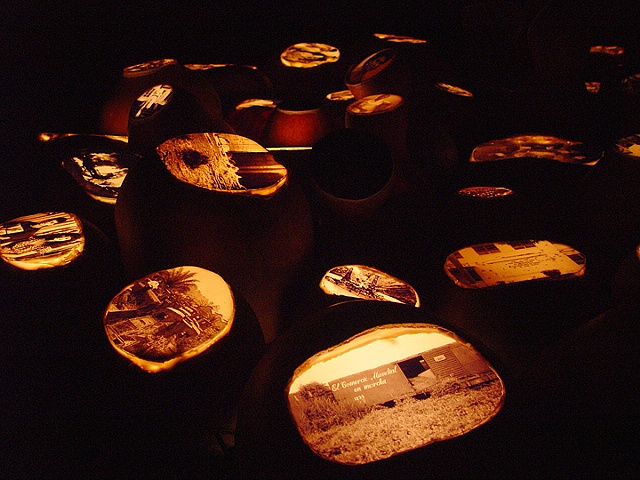 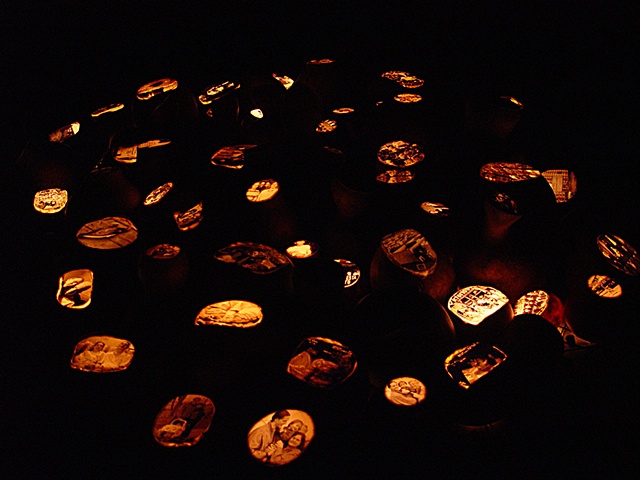 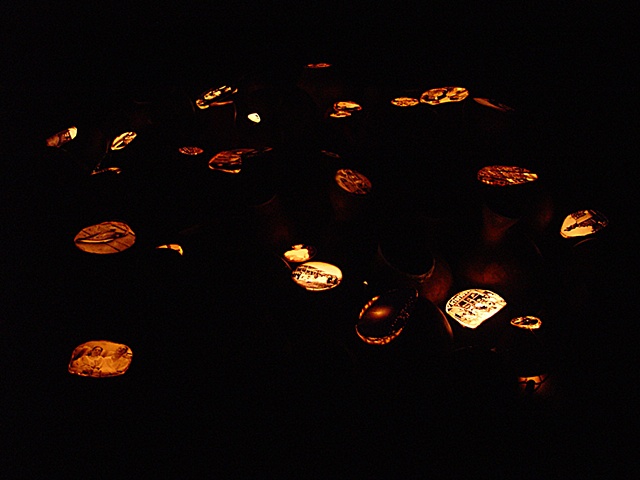 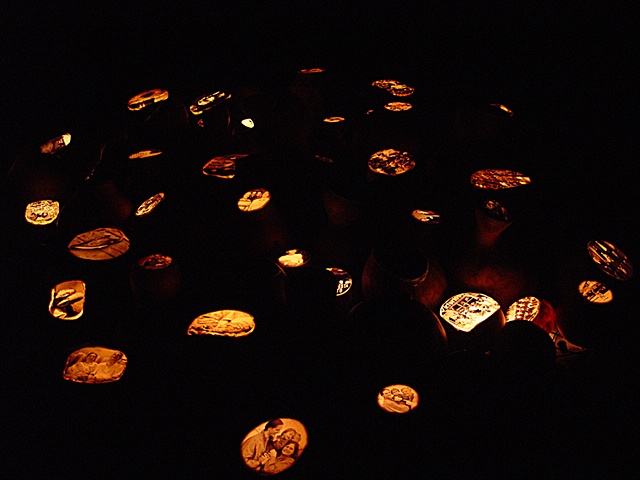