INSTALLATION & SCULPTURE > Having Come Down Off It

I am interested in the synergistic play between idea, author, audience, material, context, experience and meaning.

One exploration of this meshed approach to creative praxis occurred during my solo exhibition at the University of Maine at Augusta (UMA).

For the performance-sculpture piece “Having Come Down Off It,” I built a 3’ x 5’ x 1.5’ soapbox made of more than 600 individual soap bars.

During the opening for the exhibition, I invited the attendees to take part in a performance as both audience and presenter.

Anyone who wanted to participate was encouraged to ascend the soap box and spend one minute responding to the prompt, "Share a time in your life when you realized it wasn't all about you.”

Though initially I had no way of knowing how the participatory performance would unfold, I was deeply moved by the nearly half hour of story telling that ensued.

People shared brief but heartfelt tales of illness, family members serving in Iraq, the shift in the political climate, surviving natural disasters and the power of emotional honesty and vulnerability. 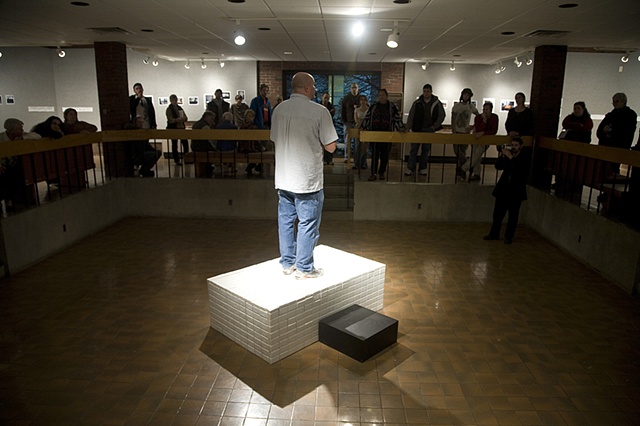 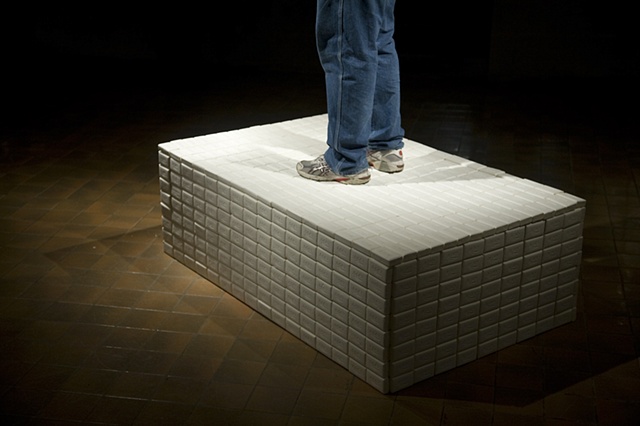 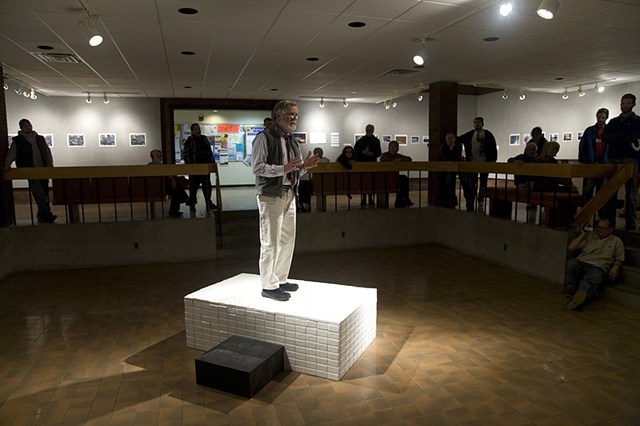 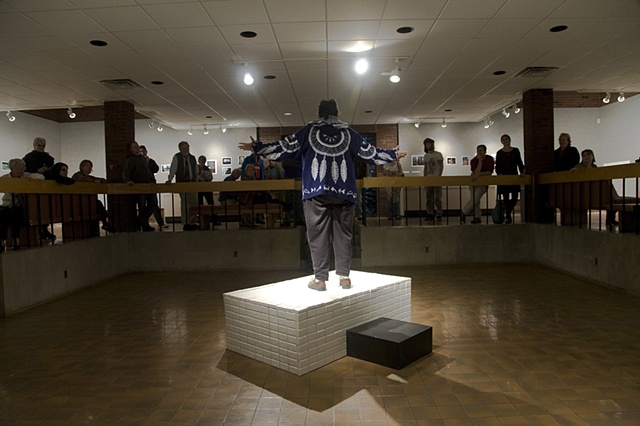 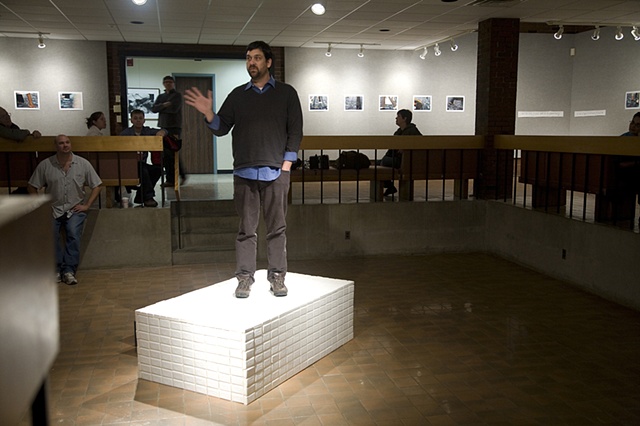 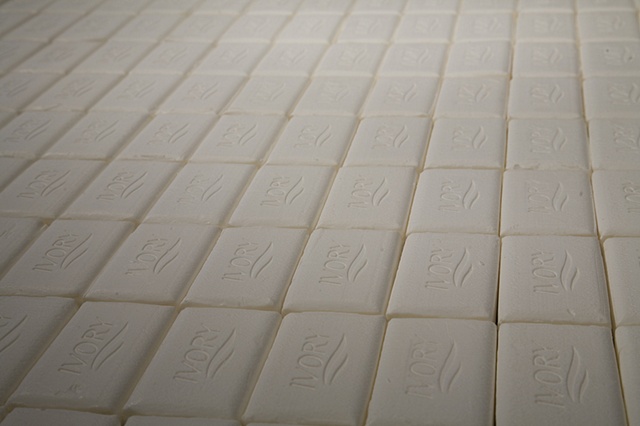 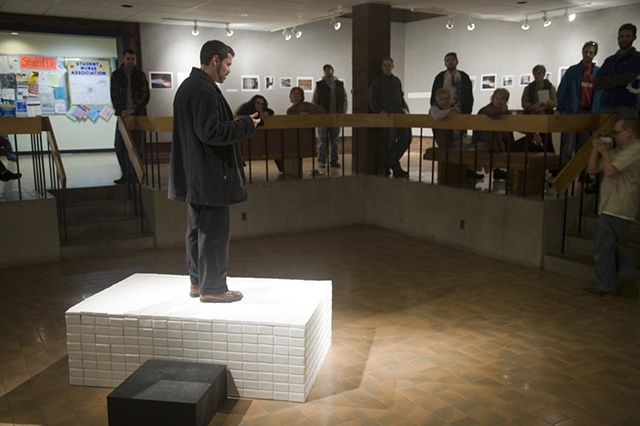 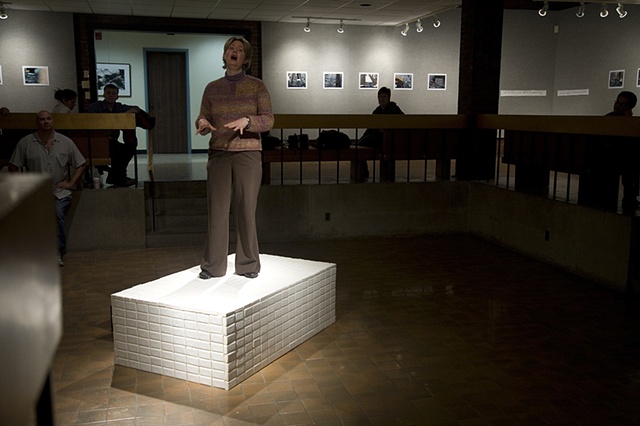 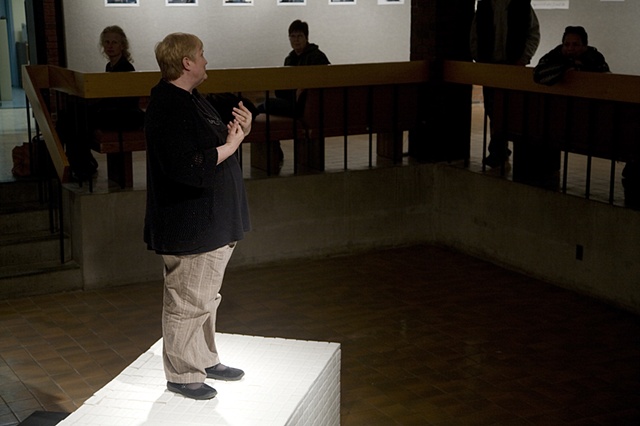 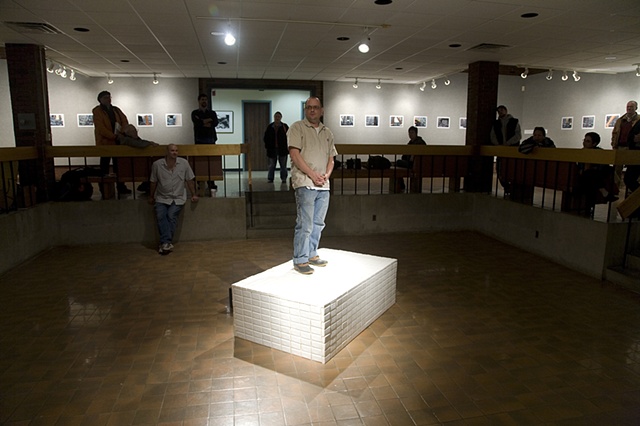 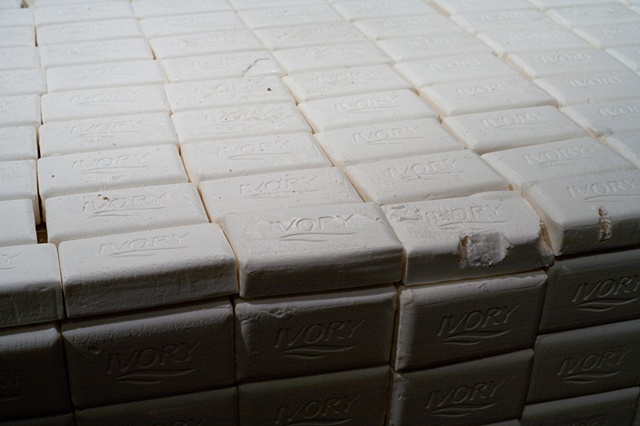